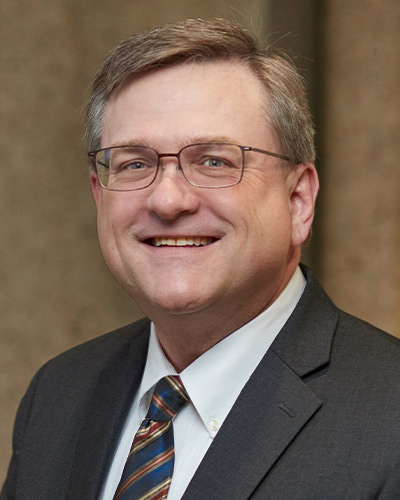 Scott Seay
Associate Professor of the History of Christianity, Director of Library and Information Services, Director of the Doctor of Ministry Program
317-931-2347

From a very young age, Scott Seay knew that he was called to be a teacher. Whether in the churches, an undergraduate college, or in seminary, he has pursued that vocation with vigor.

For more than fifteen years, he has been settled at his alma mater, doing what he loves to do. “At Christian Theological Seminary, every day I get to teach and learn, doing it all the while in service of the church. I love it!” Seay says.

Graduating from Wabash College with a degree in English literature, Seay went on to earn a master’s degree from the University of Chicago Divinity School in New Testament and Christian origins. Influenced most by the tradition of narrative theology, he is convinced that communities of faith form around a common story that gives them life and purpose.

“Whatever else the church may do,” Seay says, “at the very least it is a community that confesses a common faith in God’s self-revelation in the life and ministry, death and resurrection of Jesus Christ.”

Naturally, Seay discerned a call to ordained ministry. After earning his M.Div. at Christian Theological Seminary, he was ordained in the Christian Church (Disciples of Christ) and served as interim minister to several congregations in Ohio and Indiana. Since 2008, he had been the part-time Minister of Word and Sacrament at Brown County Presbyterian Fellowship in Nashville, Indiana.

“The progress that this tiny congregation is making boggles the mind,” Seay brags. “It proves to me that even a small number of really faithful people can effectively be the church.”

While in seminary, Seay developed a passion for the history of Christianity, particularly in colonial North America and the United States. He earned a third master’s degree in historical studies and a Ph.D. in American religious history from Vanderbilt University.
Since then, his scholarly interests and teaching have been far-ranging. He has published in the areas of New England Puritanism, American evangelicalism, the history and polity of the Christian Church (Disciples of Christ), and religion and American politics.

In all of the classes that Seay teaches at CTS, students don’t study history for history’s sake. Rather, they study history to learn how the people of the past made sense of their faith and their world, and what we can learn about our own from them. “The study of history matters for ministry,” he says.

“Teaching information literacy is one of the most urgent needs in graduate theological education for ministry,” Seay believes. This conviction motivated the most recent development in his vocation. He recently completed a Master of Library and Information Science degree, and now serves as Director of Library and Information Services.
In this role Seay helps his students and faculty colleagues navigate the post-fact, big-data world in which we all live and work. “The problem isn’t that we don’t have enough information,” he asserts. “Rather, we have lost or failed to develop the critical capacities to access, evaluate, and ethically use that information.”

Seay hopes that his future scholarly work can be done at the intersection of history, information literacy, and theological pedagogy.

His work puts Seay at the ground-level of history, too. When he has time, he works with the seminary’s rich collection of rare books, manuscripts, and historical artifacts. This “stuff of history” as he calls it makes possible the crafting and re-telling of a responsible story of the past. If he’s not in the library, classroom, or church, he can be found in the archives with a 300-year-old book in his hand.

Seay sums up his philosophy of teaching like this: “Without an awareness of the past, without a clear-eyed perspective on the history that shapes us, pastors will have little success in leading the church into the future to which God is calling us.”